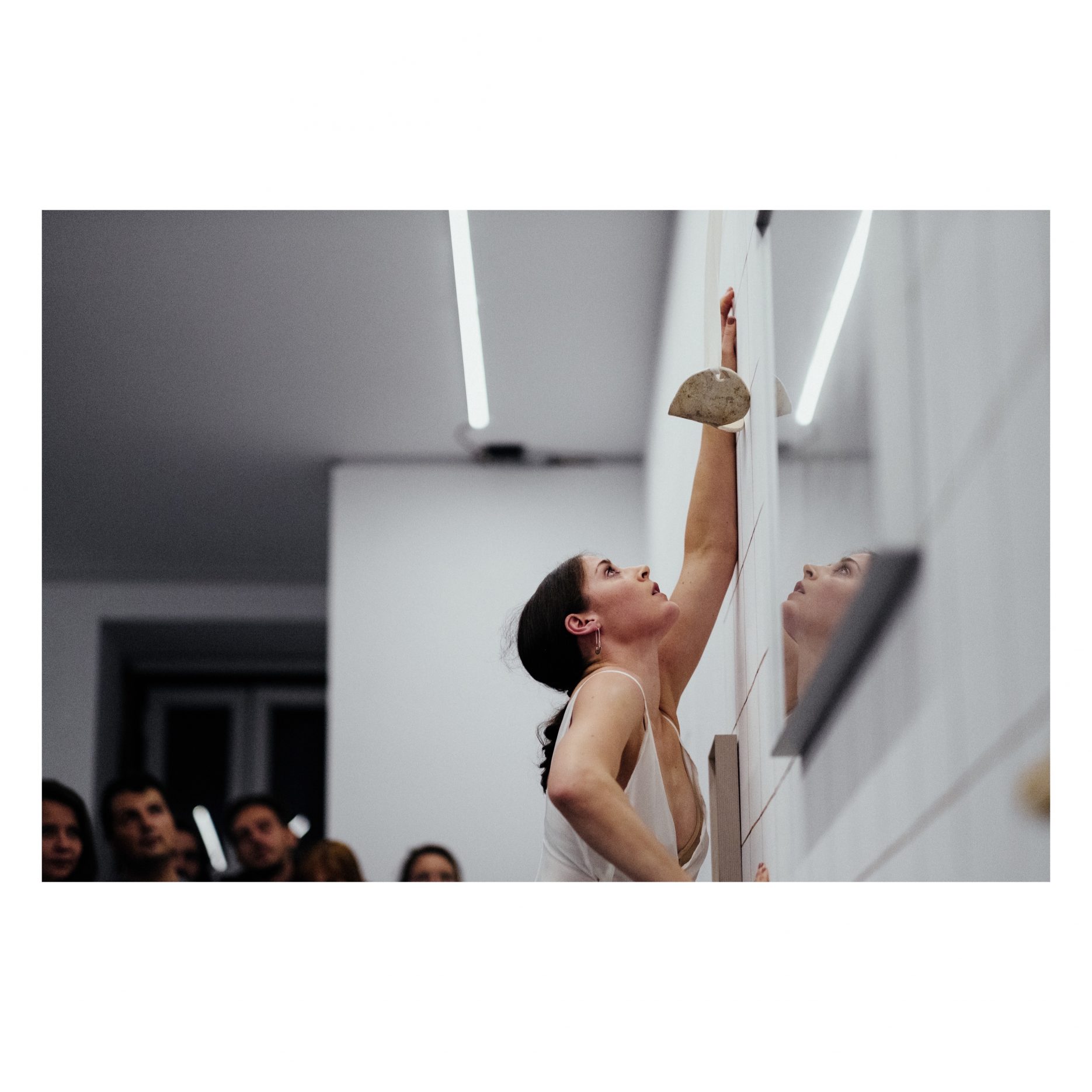 “The Grid” is a 45-minutes-long site-specific solo performance presented at Galeria FOCO (Lisbon, Portugal), complementary with the solo exhibition happening within the space. The performance draws from the artist’s inspiration of the grid as a conceptual framework for social interaction, exploring the role of women inside domestic architecture.

Both with a strong focus on the architectural aspects of the space itself and interacting with themes of the artist’s work, the performance was split into two parts, using the object’s activation as the main common thread.

The first part explores the child’s perception: the sense of exploration, freedom, and comfort coming from the enclosed and structured grid-like settings of a domestic environment. It is ultimately about curiosity in relation to the familiar objects and space around. The second activation explores the role of the adult woman, drawing from the performer’s personal lived experiences. It depicts the acceptance and exploration of her own personal grid: the form inhabited, the expectations placed upon by society, and the weight associated with that.

Solo exhibition “Within these lines I operate​” by Evy Jokhova, curated by Aude Vignac.
Concept, choreography, and performance by Patricia Keleher.

The performance was later adapted into a short film working in collaboration with the filmmaker Sebastian Bolenius, and original music by Christian Vismara.

“The Grid” has been selected to take part in various international film festivals including: